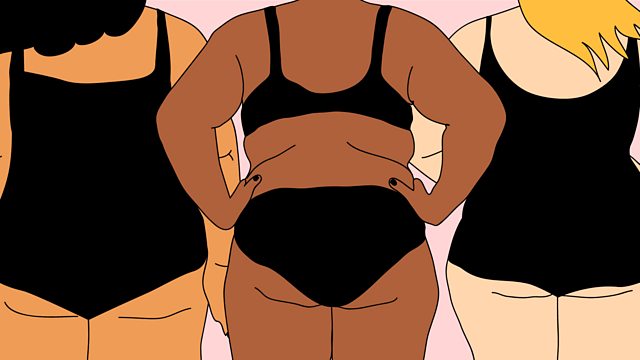 Mellisa tells us 'How Fat Feels'

Woman's Hour's series on 'How Fat Feels' continues, confusion around the referendum in Ireland, actor Claire Skinner and the Cochrane Collaboration's review of the HPV vaccine.

The BBC's been exploring attitudes to weight and healthy living in a series of programmes. When we asked the Woman's Hour audience 'How Does Fat Feel?' lots of you got in touch. In the second in our series' How Fat Feels' Mellisa talks honestly about why she insists on calling herself fat and how her weight shapes her life. 'Some days I use my fat as armour, some days it's like a shroud' she says. Today, Ena Miller talks to Mellisa about getting the joke in first and feeling hyper-aware of the space you take up.

In two weeks' time the Irish people will have a referendum on the 8th Amendment of the Constitution. The 8th Amendment is a piece of law which gives equal rights to a woman and a foetus and means that abortion is only available if the life of the woman is in danger. So, with just 14 days to go, we hear from a group of Irish women who describe a sense of confusion around the vote. We'll follow up their questions with some facts from Dearbhail McDonald, journalist from the Irish Independent.

Actor, Claire Skinner discusses her new role as a woman, who has recently lost her husband, fighting to keep her family together on their farm. Nightfall, currently being performed at the Bridge Theatre in London, looks at the raw pain of letting go of the past, of grown-up children, of a way of life.

We look at a comprehensive review by the Cochrane Collaboration that has established the HPV vaccine is highly effective at preventing the precancerous signs of cervical cancer in women and girls who have received the jab. Importantly, the review also found the vaccine was safe. Like all vaccines, most recipients have some localised side effects afterwards, but there was no evidence of major complications. Margaret Stanley, Emeritus Professor of Epithelial Biology at Cambridge University joins Jenni.