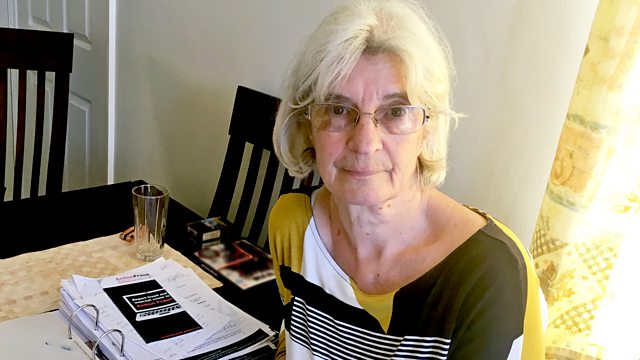 Losing control of your savings when inheritance planning goes wrong. We speak to people who are worried they have handed their life savings to a company they can't contact.

We speak to people who are worried that they've lost control of their life savings having handed it to a company they can no longer contact. Their situation highlights the huge concerns about the unregulated industry of inheritance planning, even though some businesses handle huge amounts of cash. Anyone can set themselves up as an estate planner or will writer but that lack of regulation can have alarming consequences when things don't go as planned.

Also, Adam Shaw speaks to Richard Lloyd, the man appointed to lead an independent investigation into the running of the Financial Ombudsman Service. It follows a TV documentary that revealed a litany of problems facing the ombudsman, including severely under-trained staff, unachievable targets, and thousands of incorrect decisions. .

And, what should banks be doing to stop the persistence of transfer fraud? With more than £200 million worth of people's money was lost last year after criminals impersonating their bank persuaded them to transfer money to the criminal's account. The victim's own banks won't be held accountable, but what about the bank where the stolen money is moved to? Natasha Vernier, Monzo Bank's Head of Financial Crime gives us one bank's view, and fraud consultant Richard Emery of 4 Keys International explains how banks should be forced to accept responsibility.

Society of Trust and Estate Practitioners