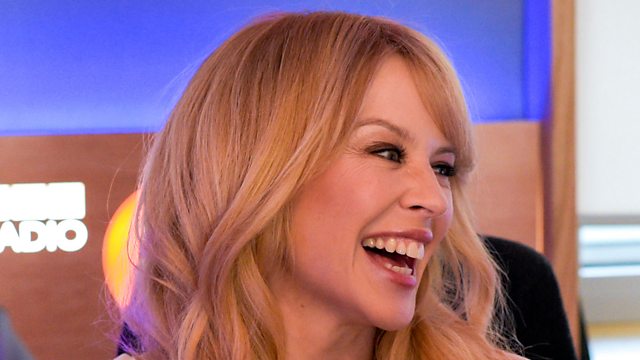 In this first programme, Kylie covers A to G

Kylie Minogue From A to Z

30 years of hits, 50 years of memories. Kylie celebrates with a new three-part series. Here, she discusses recording at Abbey Road, collaboration and her latest album Golden.

She's been called a pop princess and Australia's dancing queen. She is unquestionably music royalty.

Once hailed the "most powerful celebrity in Britain", Kylie Minogue has notched up record sales in excess of 80 million including seven UK Number 1 singles.

As she celebrates thirty years of hits, and fifty years of memories, Kylie returns to Radio 2 in a new three-part series, hosted by Graham Norton, featuring many of her most successful singles, remixes and album tracks. In Kylie Minogue from A to Z, the singer looks back at her career and life by addressing key topics alphabetically.

The second part is tomorrow at the same time.
Written and produced by Malcolm Prince
Presented by Graham Norton.

See all episodes from Kylie Minogue From A to Z