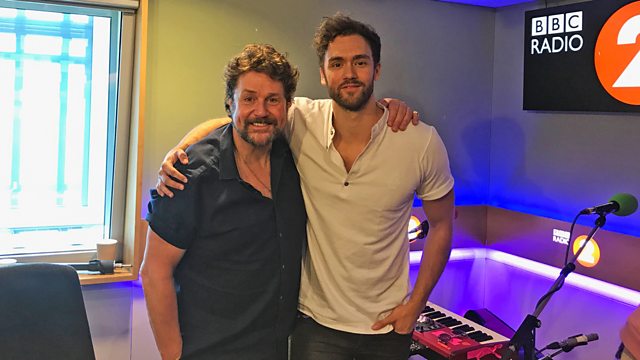 Michael is joined by Andy Brown and Roger Allam.

Michael hosts another game of On The Ball, alongside great music and your Sunday Boasts.

This week he's joined by singer songwriter Andy Brown who will perform two songs live in The Musician's Circle. Andy is best known as the frontman of the band Lawson however after spending time in Nashville he's releasing his debut solo album, Cedarmont.

Actor Roger Allam will also be joining Michael for a chat. The two-time Olivier Award winning actor is currently starring in David Hare's new play The Moderate Soprano at the Duke of York's Theatre and will be telling Michael all about it.

Swing Out Sister and Mel Giedroyc

See all clips from Andy Brown and Roger Allam (3)