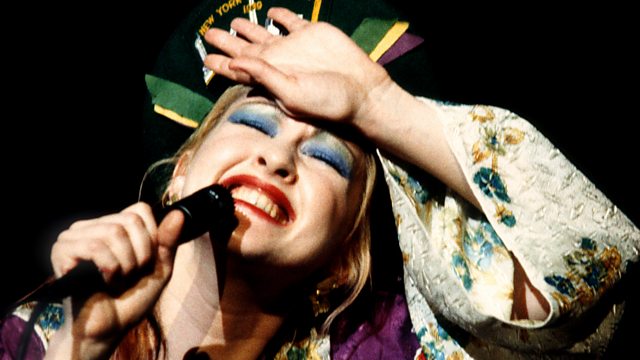 How Cyndi Lauper's 1980s ballad True Colors has inspired people around the world.

Billy Steinberg's lyrics were originally inspired by his mother but his song writing partner Tom Kelly recognised it's universal appeal and with a slight re-write, it became the song that Cyndi Lauper made famous the world over.

Growing up in a small town in the Blue Ridge Mountains, Ken Kidd could never truly be himself. Watching Cyndi Lauper perform True Colors on MTV showed him that it was OK to be his authentic self. Years later he describes his pride at watching the Rainbow Flag being raised above the Stonewall National Monument as he and other LGBTQ campaigners sang that same song.

Lesley Pyne learnt to sing 'True Colors' with her local choir. It's a song that resonated with her more than she had ever expected. After six attempts at IVF, Lesley had had to come to terms with the knowledge that she wouldn't be able to have children. It wasn't easy. It has taken years of digging deep to work through the grief but now she helps others to find their true colours and firmly believes that they can be beautiful, like a rainbow.

And in 1999, Caroline Paige, a jet and helicopter navigator in the Royal Air Force, became the first ever openly serving transgender officer in the British military. She rose above the extraordinary challenges placed before her to show her 'True Colors' whilst serving her country on the front line in the war on terror.

Featuring songwriter Billy Steinberg and music from The Rock Choir