Russell Davies asks the questions in the tenth heat of the 2018 general knowledge tournament.

(10/17)
This week's contest sees another four general knowledge contenders embarking on their bid to become the 2018 Brain of Britain. Today's winner will go through to the semi-finals in a few weeks' time, with a possible place for a runner-up too if they score highly enough. Russell Davies' questions range across geography, sport, politics, languages, science and popular culture.

As always, there's also a chance for a Brain of Britain listener to win a prize by Beating the Brains.

See all episodes from Brain of Britain

The Brain of Brains Quiz 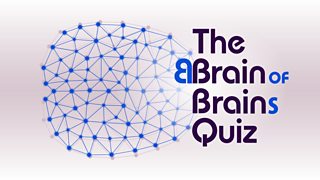 Listen to Round Britain Quiz, Counterpoint or Brain of Britain anytime... anywhere.