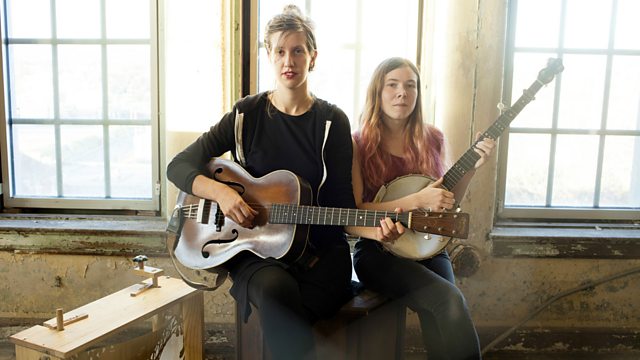 Anna & Elizabeth are a folk duo with a banjo, Virginia roots and a catalogue of traditional ballads, but their latest album, 'The Invisible Comes To Us' is much more than a classic folk record. They join Jenni to discuss creating music with geographical history, and working together despite a 500-mile distance.

21 million women and men are trapped in modern day slavery, estimates the charity Stopthetraffic.org. Of these, approximately 4.5 million are sexually exploited. Anna was one of them, snatched off a London street and taken to Ireland where she was raped, beaten and forced into prostitution. Her book Slave tells the story of what happened and she tells Jenni how she found the courage to fight back.

The BBC has been exploring attitudes to weight and healthy living in a series of programmes. Woman's Hour asked listeners 'How Does Fat Feel?' One listener who we will call Jules responded, saying she is 54 and calls herself fat. Until 10 years ago she was an average weight, but an underactive thyroid, steroids, anti-depressants which stimulated her appetite, secret eating and just eating too much too fast all contributed to a large weight gain. Ena Miller went to visit her.

Who will be the BBC Women's Footballer of the Year?

Support and Advice On Obesity