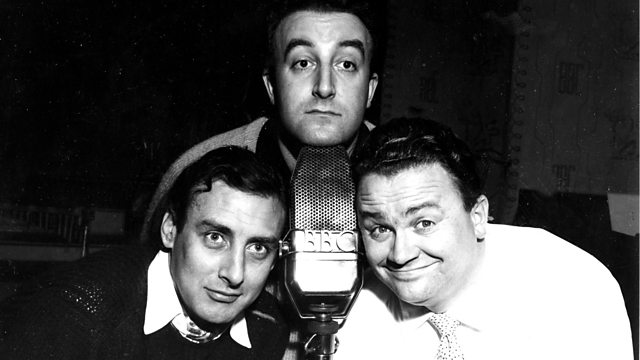 The Fireball of Milton Street

Neddie springs into action when he learns that the sun is on fire. Stars Harry Secombe. From February 1955.

Neddie Seagoon springs into action when he discovers the sun is on fire.

Beginning in May 1951 as 'Crazy People', The Goon Show ran for 10 series stretching the boundaries of radio comedy in new and influential directions concluding in January 1960.

The team reunited in October 1972 to celebrate the 50th anniversary of the BBC for The Last Goon Show of All.

First broadcast on the BBC Home Service in February 1955.

Emperor of the Universe