BBC Two
My Year with the Tribe
Main content 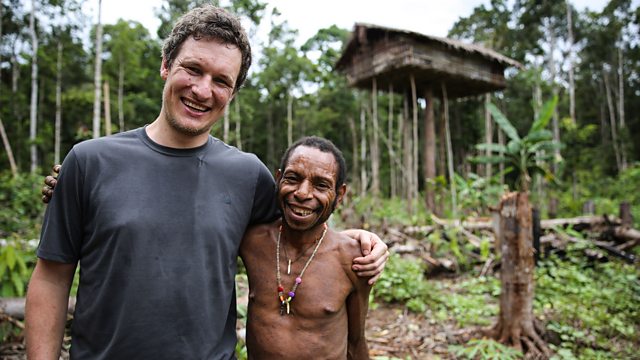 My Year with the Tribe Series 1
Episode 1 of 3

Writer Will Millard visits the treehouse-dwelling Korowai tribe in Papua, Indonesia, to try and understand the pressures they face as they move into the modern world.

Living in treehouses and using stone tools, the Korowai were only discovered living in the jungles of West Papua around 40 years ago. Since then they have had to adapt rapidly to the ways of the outside world. Writer and adventurer Will Millard visits the Korowai four times over the course of a year, to see if he can get closer to them than is usually possible, to better understand the pressures they face as they leave the forest behind and transition into the modern world. He also wants to find out how much of their traditional hunter-gathering lifestyle still exists. What he finds shocks, surprises and confounds him, as he witnesses the last gasp of an ancient way of life which once defined us all.

As he enters Korowai territory for the first time, Will Millard discovers that many of the Korowai who are still living 'traditional' lives have become used to being visited by tourists and filmed for other TV documentaries. They have become skilled at selling a version of their culture to foreigners, delivering what they think people expect to see. But then Will hears about two old men, White Beard and his brother, who are apparently still living in a treehouse in the depths of the forest. Will can't pass up this opportunity to find out if anything still remains of the traditional Korowai way of life.

See all episodes from My Year with the Tribe 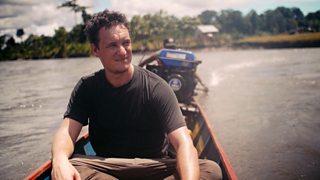 Learn more about the writer and explorer