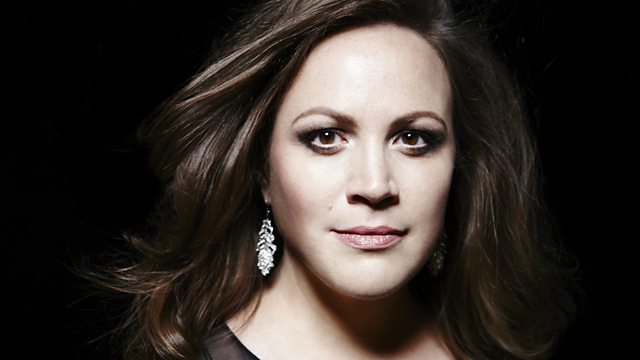 Tom Service talks to the singer Jennifer Johnston; the American JACK Quartet, experts in contemporary music; and the British Museum launches a music festival: Europe and the World.

Tom Service talks to opera singer Jennifer Johnston about her beginnings as a barrister and how it informs her musical career today, about being coached by Vassily Petrenko at the Bavarian State Opera in Munich, and about her writings and social media life, which she considers vital to express herself beyond the stages and concert halls. We visit the British Museum's festival of 'Europe and the World: a symphony of cultures', where music of 20th-century greats such as Stockhausen, Ligeti and Nono, features alongside historic traditions from countries such as Japan, India and China. We talk to the festival's Artistic Director Daniel Kühnel, British Museum curator Sushma Jansari, and musicians taking part, like the American pianist Jay Gottlieb and the Spanish viola da gamba player Fahmi Alqhai. Plus, we explore the musical world of the JACK Quartet as they visit the studio to play and talk about their love of contemporary repertoire, and pushing the boundaries of their ensemble.