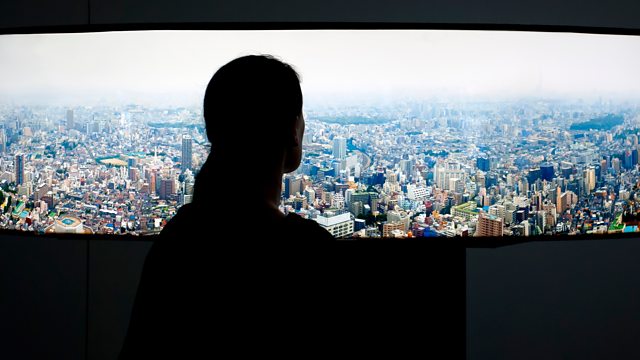 Tokyo used to be presented as the ultimate hyper-modern city. But after years of economic recession the Tokyo of today has another side. A site of alienation and loneliness, anxiety about conformity and identity, it is a place where self-professed 'geeks' (or 'otaku'), mostly single middle-aged men, congregate in districts like Akibahara to pursue fanatical interests outside mainstream society, including cult-like followings of teenage girl singers known as Tokyo Idols.

Director Kyoko Miyake has made a film called Tokyo Idols which looks at the obsession of middle aged men with superstar teenage girls who make a living online.
Suzanne Mooney's photographs depict the urban landscapes of Tokyo.
Novelist Tomoyuki Hoshino's latest book to be translated into English is called ME. It's about rootless millennials and suicide.
Mariko Nagai is an author and photographer who has written for children and adults. Her books include Instructions for the Living and Irradiated Cities.

The translator was Bethan Jones and the speakers were all in the UK to take part in events as part of Japan Now - a festival at the British Library in London, and in Manchester, Sheffield, Norwich. Programmed by Modern Culture in partnership with the Japan Foundation and Sheffield University.

You can find a playlist of Radio 3 programmes exploring different aspects of Japanese culture from the Tale of Genjii to Godzilla, Kenzaburo Oe to Yoko Tawada, the sound of jazz to rain on the Free Thinking website https://www.bbc.co.uk/programmes/p0657spq