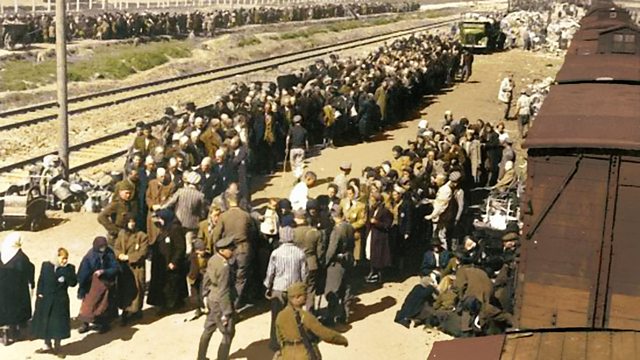 American journalist Sally Herships explores to what extent it is possible to carry within ourself the traumas experienced by forebears.

The American journalist Sally Herships has long felt she carries within herself a sense of the trauma suffered by her grandmother a century ago, in Russia, and subsequently passed down through her own mother. How is it possible to explain a fear that isn’t of any thing tangible or present, a fear that isn't our own, that isn't rooted in direct experience?

Psychiatrists know that behaviour can condition how we feel with physically-measurable impact - for example, upon the PAG or periaqueductal gray which is the primary control centre for pain modulation. But now, neuro-epigeneticists believe it's possible that our biology may be altered by trauma and then, apparently, carried on through reproduction to future generations.

"It’s like the ghost of a ghost," says Sally, "or the memory of a shadow".

Starting with testimony from her own family, Sally examines the relationship between psychology and biology, talking to the offspring of victims of the Holocaust, and a neuroscientist who has studied the impact of trauma on the foetuses of pregnant women caught up in the 9/11 attacks. As Sally describes their experience,"fear manages to grip us just the same".

The programme includes contributions from Aviva Sucher (whose mother Erzsébet Klein, in the light coat and headscarf, is shown in this photograph on her arrival at Auschwitz), psychiatrist Dr Bessel Van Der Kolk, neuroepigeneticist Professor Isabelle Mansuy and neuroscientist Dr Rachel Yehuda.

Presented and produced by Sally Herships.
A Falling Tree production for BBC Radio 4