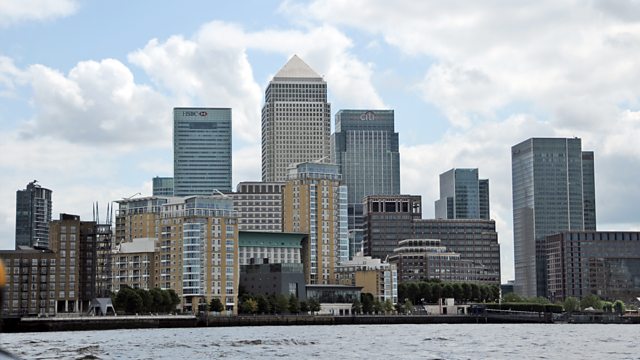 4 Extra Debut. Jane Martinson meets residents who, like her, grew up in the shadow of London’s Canary Wharf since construction began in 1988.

In April 1988, work began on a tower destined to transform London into a global financial capital.

Completed in 1991, One Canada Square at Canary Wharf heralded a new world order in which new jobs and new buildings were meant to improve the lives of all Londoners, not least the mainly white, working class local residents.

Back then, the Isle of Dogs was an area of high unemployment and had the highest concentration of council homes in England. Whilst there have been winners and losers from the changes of the past three decades, the voices of these residents, particularly white working class women, have all too rarely been heard.

Jane Martinson, lived in a council house, attended the local comprehensive and worked on a local market stall on Saturdays before going on to become a journalist. Join her on a journey home to a changed Britain, in a programme mixing archive of the time - rich in promise of future prosperity - with a series of intimate and revealing conversations with the East London denizens of the Isle of Dogs.

A documentary originally made to mark the 30th anniversary of Margaret Thatcher ceremonially driving the first pile of the building.

50 Years On: Rivers of Blood

Britain and Biafra 50 Years On