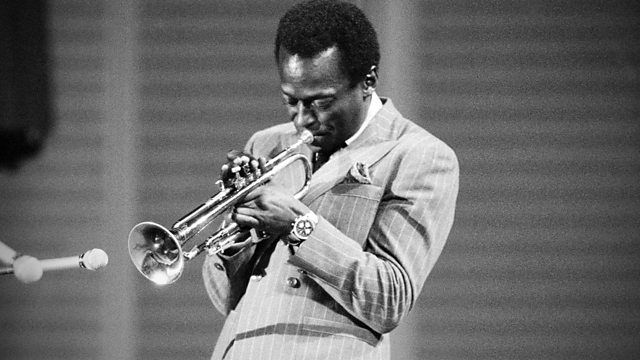 "He's always been really important in my life, right from early on when my dad used to play him. It was part of the atmosphere of our house."

From the early years with Charlie Parker and on via Kind of Blue to playing in front of 600,000 hippies on the Isle of Wight, Miles Davis was a musician who never stood still. "Always listen for what you can leave out," he used to say, and Portishead's seminal nineties album Dummy seems to have taken advice from the man. According to Adrian Utley, "The darkness and the sense of space is the thing that I have assimilated from Miles ... he's in my DNA."

With Richard Williams, author of The Blue Moment: Miles Davis's Kind of Blue and the Remaking of Modern Music,.

Presented by a sceptical Matthew Parris, and produced by an enthusiastic Miles Warde.