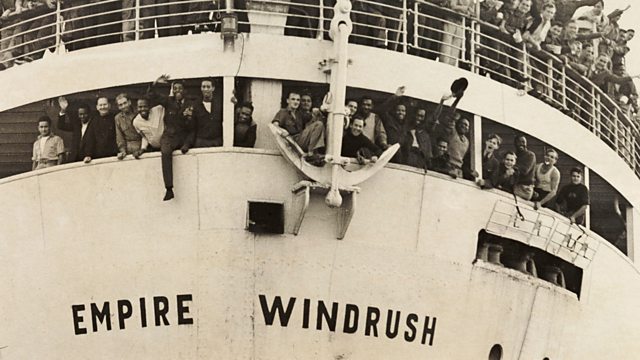 The artistic contribution of the Windrush generation. And Dale Winton remembered by David Walliams.

When the Empire Windrush docked, the first contribution of the arrivals from the Caribbean was cultural - Lord Kitchener singing his calypso "London is the Place for Me". Stig Abell talks to publisher Sharmaine Lovegrove and calypsonian Alexander D Great about the artistic contribution of the Windrush Generation, and their offspring. Alexander sings 'After the Windrush', a new calypso written especially for Front Row.

Comedian David Walliams pays tribute to his friend the television presenter Dale Winton who has died. Known for his warmth and unpretentious style he presented many programmes including Supermarket Sweep, Pet Win Prizes and In It To Win It.

Imtiaz Dharker is an interesting mixture, she grew up as a Muslim Calvinist in a Lahori household - in Glasgow. So she has plenty to draw on as a poet. She talks about and reads from her new collection 'Luck is the Hook'. Her poems range widely and intriguingly, and include one about an elephant walking on the Thames.

Main image above: the Empire Windrush docking at Tilbury on 21 June 1948 with around 500 men from the Caribbean aboard

Imtiaz Dharker's  collection of poetry Luck is the Hook is out now.