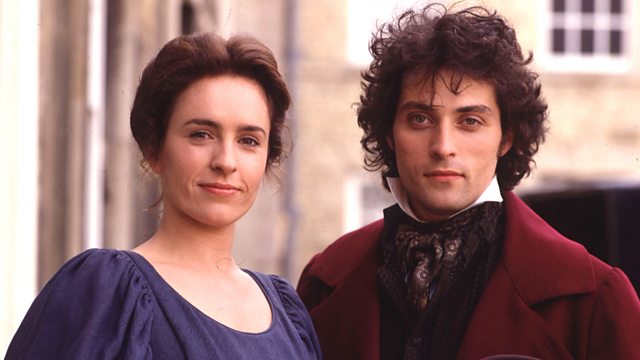 Melvyn Bragg and guests discuss George Eliot's Study of Provincial Life, set before the Reform Act 1832 in a small, fictional town in the Midlands surrounded by farmland.

Melvyn Bragg and guests discuss what Virginia Woolf called 'one of the few English novels written for grown-up people'. It was written by George Eliot, the pen name of Mary Anne Evans (1819-80), published in 8 parts in 1871-72, and was originally two separate stories which became woven together. One, 'Middlemarch', focused on a doctor, Tertius Lydgate and the other, 'Miss Brooke', on Dorothea Brooke who became the central figure in the finished work. The events are set in a small town in the Midlands, surrounded by farmland, leading up to the Reform Act 1832, and the novel explores the potential to change in matters of religion, social status, marriage and politics, and is particularly concerned with the opportunities available to women to lead fulfilling lives.

The image above shows Rufus Sewell and Juliet Aubrey in the BBC adaptation, from 1994

Kathryn Hughes at the University of East Anglia

John Bowen at the University of York

Rebecca Mead, The Road to Middlemarch: My Life with George Eliot (Granta, 2014)