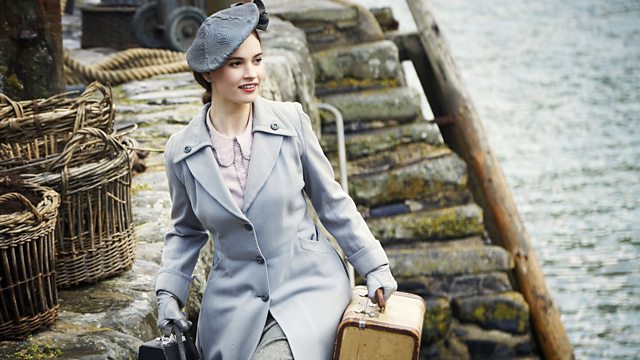 Mike Newell discusses his film The Guernsey Literary and Potato Peel Pie Society, which stars Lily James as a writer uncovering a mystery from World War II on the Channel island. The director looks back at his career which includes Four Weddings and a Funeral, Harry Potter and the Goblet of Fire and Donnie Brasco.

Joanna Walsh is one of the UK's leading experimental writers. She discusses her new novel, Break.up about a nameless woman recovering from a relationship with a man which was mainly conducted online. Break.up also challenges the borders between fiction and non-fiction, as it ranges into travelogue, essays on music, boredom, marriage and art.

Film critic Hannah McGill examines the cultural legacy of the late Czech filmmaker Miloš Forman, known primarily for his two Oscar-winning masterpieces One Flew Over the Cuckoo's Nest and Amadeus.

Music writer Ben Wardle attempts to prove that 1978 was the greatest and most significant year in the history of pop music - think Kate Bush, Blondie, The Village People, The Police, Springsteen's Darkness on the Edge of Town, Buzzcocks, and Kraftwerk's The Man Machine for starters.

The royals on TV, Luke Evans, Stabat Mater at the Sistine Chapel

Lily James
The Guernsey Literary and Potato Peel Pie Society is on general release from 20 Apr,
cert 12A

Break.up is available from 19 Apr