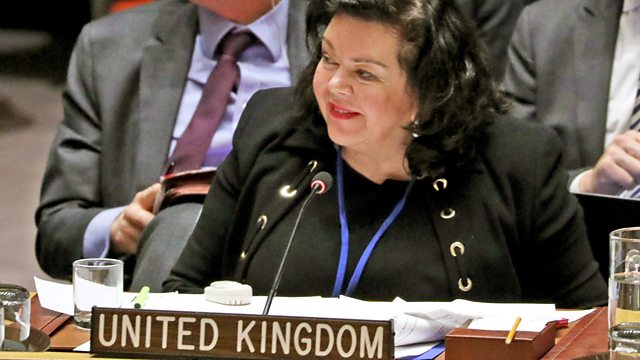 Karen Pierce is the UK's new ambassador at the UN in New York. Becky Milligan looks at the life of an unusual diplomat, known for her striking sense of style.

Karen Pierce is the UK's new Permanent Representative at the UN in New York, Britain's most senior ambassadorial post. She only started in the role three weeks ago and has been thrown in at the deep end with the chemical weapons attack in Syria.
Friends and colleagues alike are struck by her glamorous and colourful sense of style. This includes high heels, to the dismay of her security detail in places like Afghanistan, who fear her footwear could impede a swift exit. We hear how she tackles meetings fearlessly, and has been known to reduce a roomful of shouting men to silence, without raising her voice.

Becky Milligan looks at the life of an unusual diplomat, who may now be facing her biggest challenge yet.