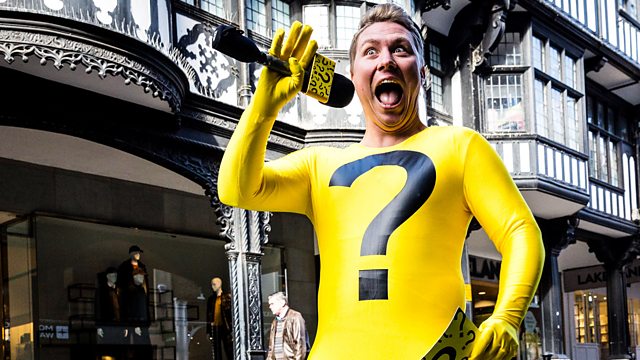 Comedy entertainment show featuring voiceover from Paddy McGuinness and a roving team of hosts ready to surprise members of the public across the nation.

Welcome to the quiz show that comes to you! From the supermarket to the seaside, Blackpool Tower to Birmingham city centre, comedy entertainment show Ready or Not brings a hilarious twist to the traditional game show. Wherever you are, whatever you're doing, our crack team of quiz show hosts won't be far away, ready to surprise you with their crazy games.

The show features voiceover from much-loved star Paddy McGuinness and a roving team of hosts ready to surprise members of the public across the nation - when they least expect it. They might pop through the middle of a couple's table in a crowded restaurant or host an entire game show in a car park lift. They might make visitors to a public art gallery take part in crazy challenges through their audio guide, or they might just be a talking dog!

So if you want to win big, you'd better look out - because we're coming for you... ready or not!

See all episodes from Ready or Not