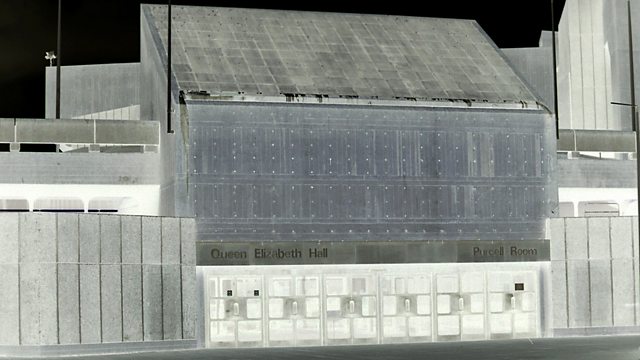 Philip Venables is one of the most exciting and confrontational composers working today, and with the help of the London Sinfonietta his new project The Gender Agenda is turning London's Queen Elizabeth Hall into a giant irreverant gameshow exploring the idea of gender (in)equality. Tom talks to him about the project and how and why he uses music as a political mouthpiece.

Since its opening in 1967 the Queen Elizabeth Hall on London's Southbank has seen any number of superstars from the worlds of classical, jazz, pop and folk play on its stage. Re-opening its doors to the public this week, Tom takes a tour to see what's in store for the audience and also discovers the secrets behind the famously iconic, and slightly marmite, brutalist concrete architecture.

Tom also talks to the soprano Eva-Maria Westbroek. Now an internationally acclaimed singer performing in the world's biggest opera houses, she tells Tom how she started her career as a singing waitress and had to fight to reach the top of her profession. Performing this month in Shostakovich's Lady Macbeth of Mtsensk at the Royal Opera House she also tells Tom why she doesn't want to sing Brunnhilde, she never listens to her recordings, and why her back up career was as a truck driver.

And as a new book 'Mindfulness in Music' asks us to listen to music in a more thoughtful way as a route to wellbeing, Tom talks to its author Mark Tanner and also discovers from music health professionals how music can aid our wellbeing in a very practical sense too with the latest thoughts on music's power to heal, including why music is increasingly being harnessed by the NHS.