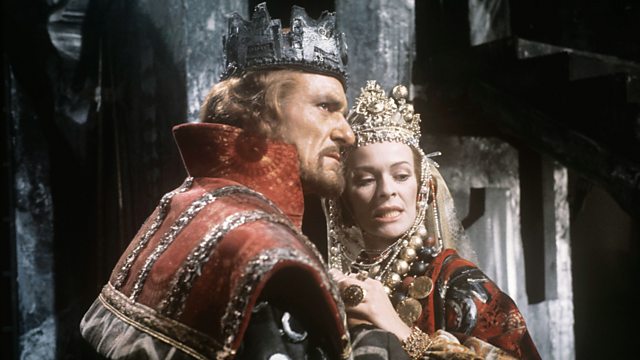 Norwegian crime writer Jo Nesbø on his novel based on Macbeth and playwright Mark Ravenhill on why the play doesn't work onstage and rereading Chinua Achebe's 1958 novel.

Norwegian crime writer Jo Nesbø on his novel based on Macbeth; playwright Mark Ravenhill on why the play rarely works on stage, James Shapiro on the contemporary events which shaped it and Emma Whipday on the elements that Shakespeare borrowed from 16th century domestic dramas. Plus Ellah Wakatama Allfrey on rereading Chinua Achebe's 1958 novel and the echoes of Macbeth she found there. Presented by Shahidha Bari

A 60th anniversary reading of Things Fall Apart, by Chinua Achebe and abridged by Ellah Wakatama Allfrey, Publishing Director at The Indigo Press, is taking place at London's Southbank Centre in the Queen Elizabeth Hall on April 15th, with readers including Lucian Msamati, Chibundu Onuzo, Margaret Busby and Olu Jacobs.

Jo Nesbø's Macbeth is published now and the plot summary reads: When a drug bust turns into a bloodbath it's up to Inspector Macbeth and his team to clean up the mess. He's also an ex-drug addict with a troubled past.

Macbeth - starring Rory Kinnear and Anne-Marie Duff - is on stage at London's National Theatre until June 23rd and will be broadcast live to cinemas on 10 May.
It's also at the RSC in Stratford-upon-Avon - starring Christopher Eccleston and Niamh Cusack - until September 18th and will transfer to London between Oct 15th and Jan 18th 2019.
Mark Bruce Company are on tour with their dance-theatre version visiting Ipswich, Blackpool, Exeter, Salisbury and Milton Keynes.
Macbeth directed by Kit Monkman is in cinemas around the UK.