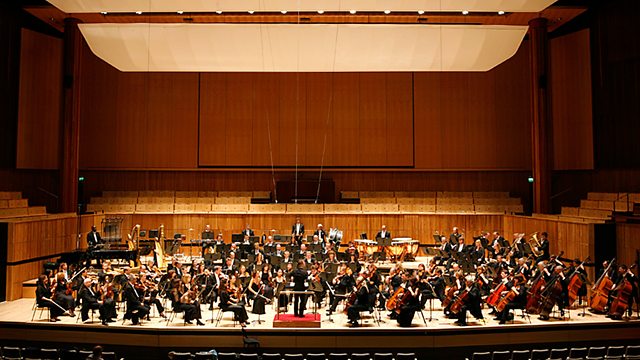 Composer Thomas Adès is fast becoming known as a conductor to be reckoned with, not only in his own music but also in a wide range of repertoire. This not-to-be missed concert begins with the suite from Powder her Face, the darkly comic opera which in 1995 helped established Adès as one of the UK's leading composers.

'I've never had any luck with sacristans,' says Gerald Barry, whose youthful organ playing antagonised congregations and clergy alike. Barry's new concerto, played by virtuoso Thomas Trotter on the spectacular instrument of the Royal Festival Hall, partly draws on memories of his Irish childhood. But don't expect at pastoral idyll. Barry was also inspired by a picture of a cat to put the 'fight for atonality against tonality into the concerto' which ends with organ and orchestra (including 21 metronomes) joining in the hymn, Humiliated and Insulted.

The concert finishes with a rare performance of Perséphone, Stravinsky's restrained and austere 1930s retelling of the Greek myth of Persephone whose descent to the Underworld to become the wife of Pluto plunges the world into winter and whose return to the living brings spring. Dame Kristin Scott Thomas narrates.

See all recipes from The London Philharmonic Orchestra perform works by Adès, Barry and Stravinsky