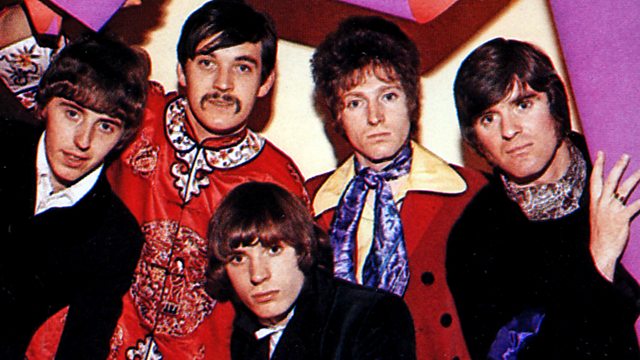 A Whiter Shade of Pale by Procol Harum

Why has Procol Harum's surreal track remained enduringly popular for over 50 years? Soul Music hears the stories and memories of those who love it.

A Whiter Shade of Pale by Procol Harum: Why has this surreal track remained enduringly popular for over 50 years? Soul Music hears the stories and memories of those who love it.

Released in May 1967, A Whiter Shade of Pale was Procol Harum's first single. It went to No. 1 in the UK, and stayed there for six weeks.

Musicologist, Allan Moore, deconstructs the track and dismisses the almost universally accepted idea that it mimics Bach's Air on a G String.

Film-maker, Chris Rodley, remembers the impact it had on him when he heard it for the first time, in the dead of the night, on Radio Caroline.

Musician, James Pollard, explains how he created a wedding march for a friend using this track as inspiration.

Thriller writer, Nelson DeMille, describes his year in Vietnam as 'the year without music', but A Whiter Shade of Pale is the one song that reminds him of his time there.

Singer, Sarah Collins, suffered a brain tumour shortly after the birth of her second child. Making the decision to sing again was fundamental to her healing process. As her Dad, Phil, explains 'Whiter Shade' is his favourite song. He was very moved when she decided to record it for her YouTube channel.

Produced in Bristol by Karen Gregor.

Songs of the Civil Rights Movement—Series 26