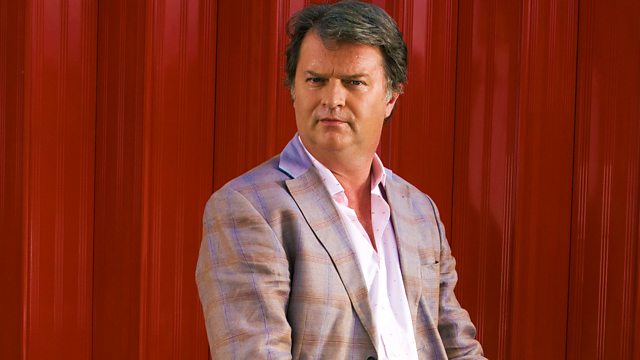 Paul Merton and Suki Webster star in a superb, funny, warm-hearted, surprising comedy about a comedian meeting his number one fan.

Comedian Danny Heywood wakes in his hotel room to find that he is not alone. Sheryl, a fan on a mission, has let herself into the room and is determined not to leave until she gets what she wants. But what exactly is it that she wants?

The ensuing stand off is a hilarious game of verbal cat and mouse as they both endeavor to maintain control of a very bizarre situation.

This comedy drama observes the obsessive narcissistic culture of so-called celebrity, the desire to be famous and the urge to be near it. Funny, warm-hearted, surprising and all played in real time, My Obsession enjoyed a sold out run at the Edinburgh Festival Fringe in 2014.

This comedy was originally broadcast on Radio 4 in April 2018 and is now being repeated ahead of two new episodes of Danny and Sheryl’s story.

A CPL production for BBC Radio 4

See all episodes from My Obsession