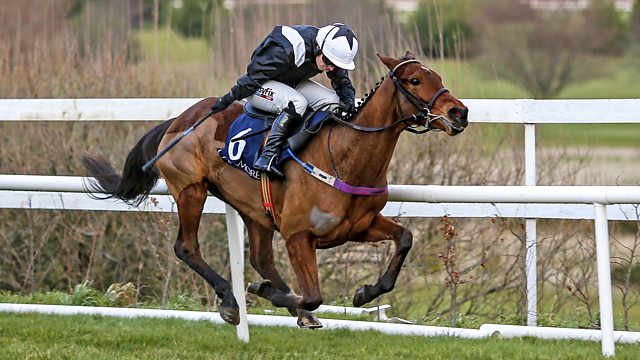 Irish Referendum: The Eighth Amendment of the Irish Constitution says that the life of a mother and the life of an unborn foetus is the same. This means that abortion is currently illegal in the Republic of Ireland with one exception: if the mother's life is at risk. In six weeks time Irish citizens will have a chance to vote on whether to repeal the Eighth Amendment. Ailbhe Conneely, political reporter for RTE talks to Jenni Murray about the atmosphere ahead of the referendum.

The first female President of the Commonwealth Games Federation, Louise Martin joins Jenni to discuss her path to leading the organisation which has been going under different guises for 88 years and her commitment to achieving medal equality for men and women. With the closing ceremony this Sunday, what does the future hold for the Games and why are they important?

Is this finally the year that a woman jockey wins The Grand National? Katie Walsh, Rachael Blackmore and Bryony Frost will be racing on Saturday and all of them are tipped to do well. BBC Racing Reporter Gina Harding joins Jenni from the course at Aintree to discuss their prospects.

Another in the mini-series Bump, Birth and Beyond where Woman's Hour listeners Charlotte Dore, Rowan Lawton, Laura Lang and Jen Barratt share their birth stories with reporter Abby Hollick. Today, is anyone thinking about sex, the impact of a newborn on relationships, and what about getting advice from strangers?

A recent challenge on twitter, 'describe yourself like a male author would' went viral and sparked an online debate about whether there is there an absence of well-rounded female characters written by men. Jenni is joined by writer and journalist Rhiannon Lucy Cosslett, and author and former Agony Uncle Mike Gayle to discuss.

Bump, Birth and Beyond - Help and Advice

NHS Choices - Your Pregnancy and Baby Guide: Helping your baby to sleep

NCT - Coping with a crying baby

NCT - Changes in your relationships after having a baby