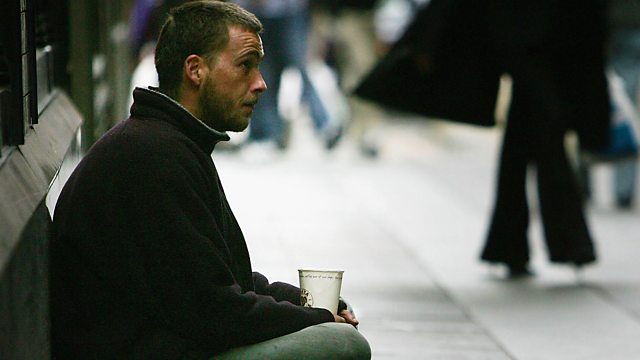 Facebook co-founder Chris Hughes makes a case for cash handouts to the poor. He tells Andrew Marr that having become exceptionally wealthy he is looking for the most efficient way to give something back to society, and a Universal Basic Income is among his ideas.

But the Oxford academic Ian Goldin argues that UBI is an intellectual sticking plaster. He suggests targeted benefits, better taxation and philanthropy may be the answers to today's growing inequality and the prospect of mass job losses due to automation.

Caroline Slocock was the first female Private Secretary at No.10, employed by Prime Minister Margaret Thatcher. She looks back at the last years of Thatcher's time in office, and Thatcher's vision of a smaller state and individual responsibility.

Margaret Thatcher used the parable of the Good Samaritan to argue her case, suggesting that the voluntary actions of a wealthy Samaritan trumped the collective action of the state. Nick Spencer, Research Director at the public theology think tank Theos, explores how this parable has been hijacked for political ends from both the left and the right.

People Like Us: Margaret Thatcher And Me is published by Biteback Publishing.

Chris Hughes is an American entrepreneur who co-founded the networking site Facebook,  He led Barack Obama’s digital-organising campaign for the Presidency in 2008.

Fair Shot: Rethinking Inequality and How We Earn is published by Bloomsbury.

Professor Ian Goldin is Professor of Globalisation and Development at Oxford University and Director of the Oxford Martin Programme on Technological and Economic Change.

Age of Discovery: Navigating the Storms of Our Second Renaissance – co-authored with Chris Kutarna is published by Bloomsbury.

Nick Spencer writes and speaks on religion, politics and society and is Research Director at Theos, the public theology think tank.

The Political Samaritan: How Power Hijacked a Parable is published by Bloomsbury.