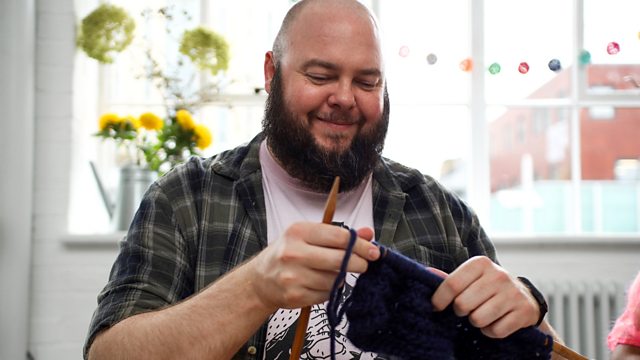 Two new sets of students are introduced to the art of mosaic making and knitting. Meanwhile, origami artist Sam Tsang teaches us all how to make a family of paper penguins.

Two new sets of students are introduced to the art of mosaic making and perennial favourite, knitting. Meanwhile, origami artist Sam Tsang is on hand to teach how to make a family of paper penguins.

To inspire our budding mosaic makers, their workshop takes place in a very special village hall in Ford Village, Northumberland. Lady Waterford Hall was once the village school and is decorated with exquisite biblical murals painted by Lady Louisa herself over 21 years after the death of her husband in 1860. She is now regarded as one of the most gifted painters of the pre-Raphaelite era.

Picking up Lady Waterford's mantle is Tamara Froud, renowned mosaicist whose works can be seen in public spaces all over the country, and she welcomes eight students to the beautiful space for her two-day workshop.

The students are here to make plaques for the outside walls of their homes. First, they have to master the tools of the trade, and protective glasses are in order as tiles fly and crockery shatters. But soon a more peaceful air descends as Alison recreates the horns of her new prize ram in terracotta tiles, Paul rebuilds Hadrian's Wall against the backdrop of the Northumbrian flag and Cheryl pays homage to a Lowry painting which features the front steps of her new home.

In London, an altogether different workshop is taking place as six students are charged with knitting their very own bobble hat in a single day. Three are complete novices, while three have some experience of knitting but have been put off along the way. Teachers Jen and Jenny are on hand to make it all look simple.

First to finish is Kirsty with her magnificent stripy pom-pom hat, but Luke the undertaker struggles and mid-afternoon his hat goes into 'special measures'. This makes his pride on finishing all the more heartfelt, along with the two other men in the group, neither of whom had ever picked up a pair of knitting needles in their lives. 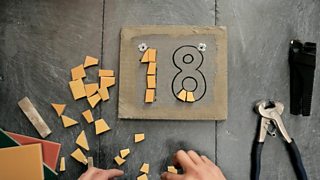 Six-step guides with accompanying videos to help you get crafty. 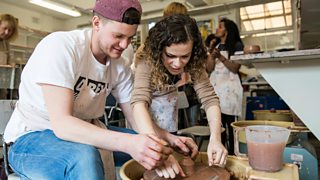 The UK's biggest ever celebration of creative participation runs from 17-25 March. 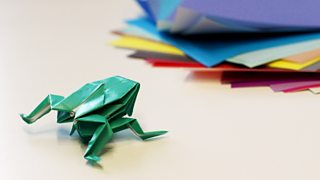 Make an impressive origami creation in your own time.