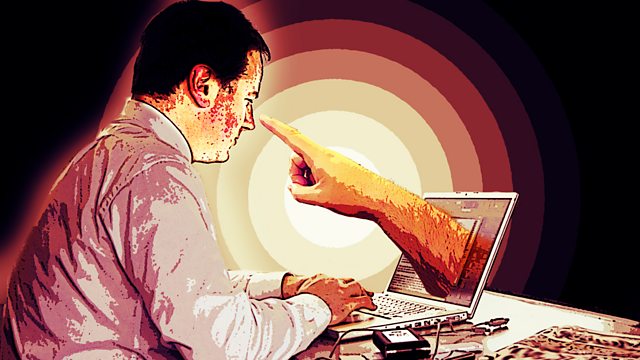 Documentary. In the wake of recent political upheavals, psychotherapist Philippa Perry navigates one of the most powerful emotions, humiliation, and evaluates its influence today.

In the wake of recent political upheavals, psychotherapist Philippa Perry examines the role that humiliation plays, at personal, economic and political levels.

At the heart of this programme is the effect that humiliation has upon an individual and its potential to shape the behaviour of both individuals and communities. We hear the life story of reformed criminal Noel 'Razor' Smith and how humiliation has influenced his life - from childhood to the 33 years he spent in prison.

Provoking questions of masculinity, belonging and power, humiliation is an emotion as old as human nature itself, and relevant today in the international political shifts that led to Brexit and the Presidency of Donald Trump. Perry speaks to the clinical psychologist Professor Paul Gilbert about this emotion, from the evolution of humankind to the 21st Century. She also talks to sociologist Professor Victor Seidler whose perspective is shaped not just by his professional research into masculinity and social theory, but also by his own Jewish identity.

We hear from the actor and opera singer Rosie Middleton, who is starring in an upcoming opera, written by composer Michael Betteridge, based on the experiences of women who have been humiliated online by men. The arias are based on the personal experiences of Rosie and several other women. And so the programme's gaze moves towards how victims of humiliation can begin to overcome this emotion.