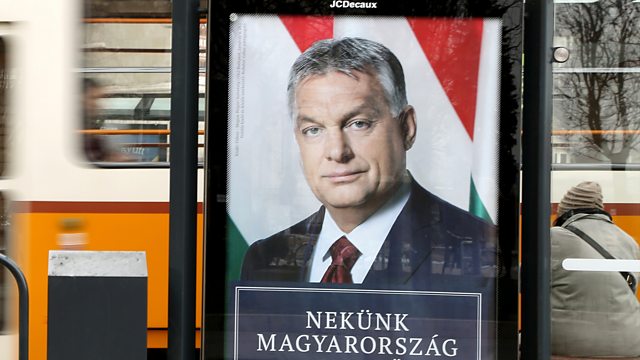 Nick Thorpe in Hungary, contemplating this weekend's parliamentary election, wonders whether a recent vote in a small town near the Croatian border portends change for prime minister Viktor Orban or politics as usual.
Claire Bolderson is in eastern Ohio, where opioid drug addiction has become the most serious public health crisis to hit the mid-Western US state in a generation. Speaking to recovering addicts, she discovers how it's affected their lives and communities - and their job prospects.
Attending a premier of the new blockbuster movie, "Black Panther", in Guangzhou reveals to Marcus Ryder just how close the link between China and Africa has become - and what it may mean for the future.
Rebecca Henschke in Jakarta considers what it has meant for her to go viral with stories three times in recent months in a country where social media platforms command huge numbers of enthusiastic users.
And in Zambia Nick Miles speaks to firefighters in the capital and discovers they often have more than just flames to contend with when rushing to deal with a blaze.