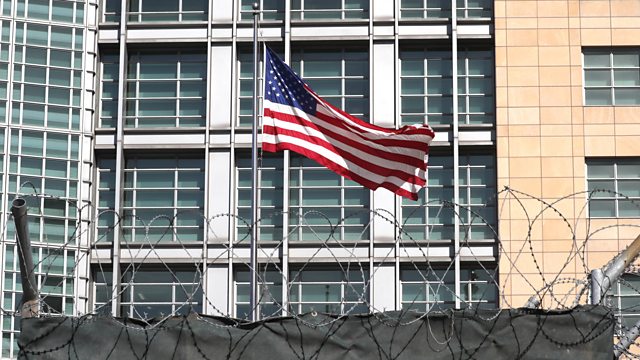 Russia vows to hit back at new US sanctions

Moscow has promised a 'tough response' to new US sanctions targeting Russian oligarchs.

Moscow has promised a "tough response" to new US sanctions targeting Russian oligarchs. We speak to businessman Bill Browder who became a leading campaigner for sanctions after his lawyer Sergei Magnitsky died while in custody.

Former President of Brazil Luis Inácio Lula da Silva has defied a deadline for him to surrender to police. We get the latest from our correspondent in Sao Paolo.

After another torrid week of criticism and mea culpas from Facebook - but did we expect too much from them? We ask one of the founding investors Roger McNamee what needs to happen to put the social network back on track.

Palestinians say Israeli troops have killed at least six people on Gaza's border with Israel. As Israel is criticised by human rights groups inside and outside the country we hear from a military spokesman.

And in case you're worried about losing your grey cells - we hear about research suggesting new brain cells continue to be produced much later in life than previously thought.

US and Russia clash at UN