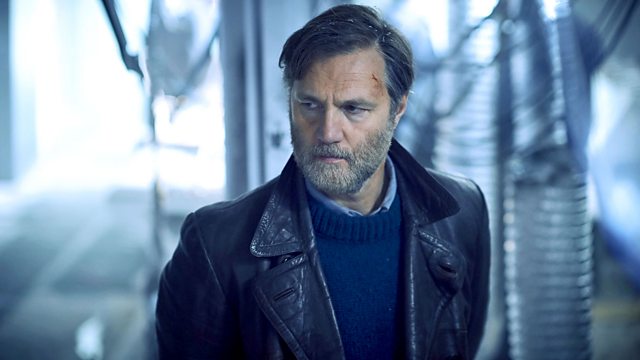 The City and The City, Monet and Architecture, Rapid Response Unit Liverpool

Actor David Morrissey on starring in BBC 2's new drama The City and The City, Money and Architecture at the National Gallery and Liverpool's Rapid Response Unit art installation.

Actor David Morrissey, well known for his roles in TV dramas like State of Play, The Deal, Red Riding, The Walking Dead and Britannia. He talks about his latest role is as Inspector Tyador in BBC Two's adaption of the China Miéville's novel The City and The City. The drama is a speculative science-fiction meets police procedural, set in two cities which share a geographical location but whose residents are trained to "unsee" the other city.

Claude Monet had a fascination with buildings in his paintings throughout his life, from the bridges and streets of Paris and its suburbs in his early years to the renowned architecture of Venice and London in later life. Architect Jo McCafferty and art critic Jacky Klein discuss Monet & Architecture, a major new exhibition at the National Gallery in London.

The Rapid Response Unit is an art installation in Liverpool where leading artists respond to global events and world stories as they happen. Mark Dunne, leader of the project, and graphic artist Patrick Thomas explain how the process works and what art can bring to the world of news, with reference to Turner prize-winning Jeremy Deller who produced 2000 original printed posters relating to Facebook and the process of deleting Facebook accounts.

The City and The City

Main image above: David Morrissey as Inspector Tyador Borlu in The City and The City

The Credit Suisse Exhibition: Monet and Architecture is at the National Gallery, London from 09 April - 29 July 2018.