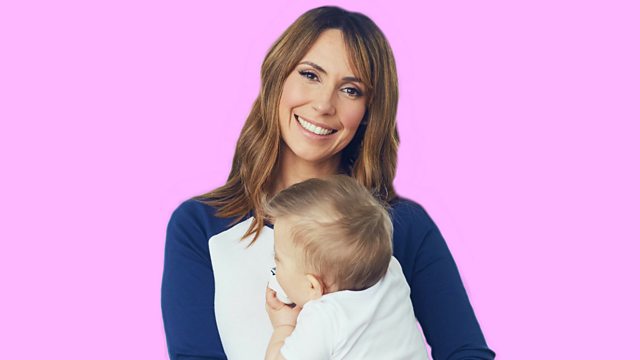 Programme that offers a female perspective on the world. Jenni Murray and guests discuss the experience of returning to work after having a baby.

Returning to work after baby number one can be a traumatic experience for some mothers and a welcome break for others. To discuss, Jenni is joined by The One Show presenter Alex Jones who took three months maternity leave and has been back at work for almost a year now, Woman's Hour listener and teacher Laura Pearl who is preparing to return to work full-time after the Easter holidays and Elizabeth Gardiner, legal rights adviser for Working Families and an employment solicitor.

The Sure Start centres were set up to give more deprived children a better chance in life, we discuss their future and what difference they are actually making. Jenni talks to Kathy Sylva, Professor of Educational Psychology from the University of Oxford and Alka Dass, a mother from Buckinghamshire who uses the centres.

The Commonwealth Games have begun on the Gold Coast of Australia and it's the first time at a major multi-sport event there will be gender parity. Women are able to take part in the same number of events as men. To discuss which female athletes are medal hopefuls, Jenni talks to former Commonwealth and Olympic athlete Allison Curbishley.

'Boy 87' is Ele Fountain's debut novel. Seen through the eyes of fourteen-year-old refugee Shif, it tells the story of his challenging adventure in search of a better life. Ele talks to Jenni about the inspiration behind the novel and why she hopes it will help young people make sense of some of the pictures they see on the news.