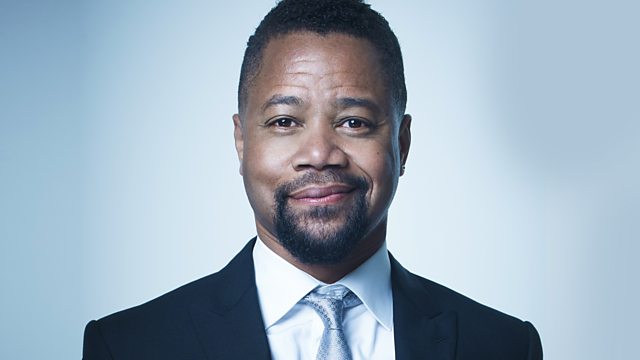 Cuba Gooding Jr talks about starring in Chicago in the West End and his role in Boyz n the Hood, his Oscar for Jerry Maguire and Hollywood's changing attitude to black actors.

Cuba Gooding Jr is taking to the stage in the new West End production of one of the world's most successful musicals - Chicago. He talks to Stig Abell about his role as the lawyer Billy Flynn and his career; starring in Boyz n the Hood, playing OJ Simpson, the impact of winning an Oscar for Jerry Maguire, and how Hollywood is changing its attitude to black actors.

Bob Honey who Just Do Stuff is a new novel. Its author is Sean Penn. He's not the only film star to feel, after coming to fame reciting other people's words, the urge to write stories of their own. Tom Hanks has published a collection of short stories, James Franco, Lauren Graham and Pamela Anderson have all written novels. Ethan Hawke has three to his name. Cathy Rentzenbrink of The Bookseller discusses this phenomenon, what these books reveal and whether they, Penn's in particular, are any good.

Love, Simon is a new American High School coming of movie but with a twist - Simon is struggling with coming out as gay rather than finding a date for Prom. Tim Robey considers if this film marks a breakthrough moment for mainstream cinema.

In February on Front Row we heard from two women - Louise Allen and Maude Julien - who'd written books about being severely abused in their childhood and teens by the adults responsible for their care, and how art and literature provided a lifeline for them. We joined them when they met, for the first time, a few days ago.

Dr Martin Luther King was assassinated 50 years ago today. Maya Angelou, who worked with him, would, had she lived, be 90 today. We hear her read a poem she wrote for him.

The City and The City, Monet and Architecture, Rapid Response Unit Liverpool

Cuba Gooding stars in Chicago at the Phoenix Theatre, London

Love, Simon is on general release, cert 12A

Art as a Lifeline

Maude Julien’s book The Only Girl in the World: A Memoir, and Thrown Away Child by Louise Allen are available now.