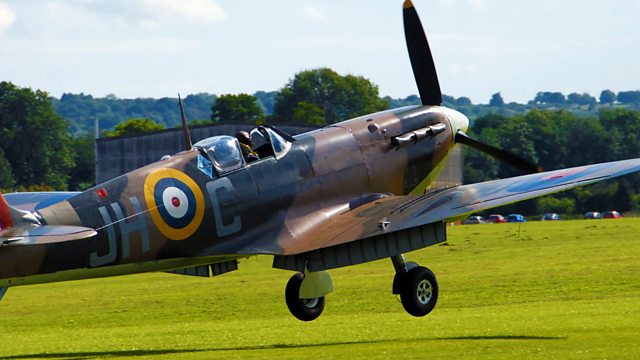 From marshal of the RAF Hugh Trenchard to pilots, gunners and ground crew from 100 years of conflicts, the voices that capture the spirit of a much-respected service.

From top brass to gunners, pilots and ground crew, the voices of a much-respected service.

When the Royal Flying Corps and the Royal Naval Air Service merged on April 1st, 1918, Britain witnessed the creation of an extraordinary new armed service - one that the existing Army and Navy greeted with suspicion and distrust. Here was a fully-fledged force, complete with exotic flying machines and pilots who seemed to have stepped out of the pages of an adventure book for boys.

Their devil-may-care attitude and sang froid in the face of the fledgling German Air Force, and the completely haphazard construction of the machines they flew, gained them a reputation and respect that the RAF still enjoys a hundred years later.

The average speed of the canvas and wire machines of the First World War was 50mph, while jets today can fly at over 1500 mph, but there was something about the act of flying at speed over the heads of those on the ground that evoked a feeling of freedom. Of course, the WW1 pilots knew and felt this freedom and a mystique grew up around their exploits - a mystique mingled with the bitter-sweet and made even more poignant by the fact that the average life of a First World War pilot was just three weeks. In the Second World War, the lifespan of a fighter pilot was again short and often brutal.

This programme features of the voices of some of the survivors of those conflicts, and from more recent theatres of war such as Desert Storm and Afghanistan. To listen in to the pilots is chilling as they fly through enemy fire and - certainly in the early days - in planes with engines that could fail at any time, where the navigation systems were so rudimentary that they little idea where they were or where they were heading.

A Spools Out production for BBC Radio 4.