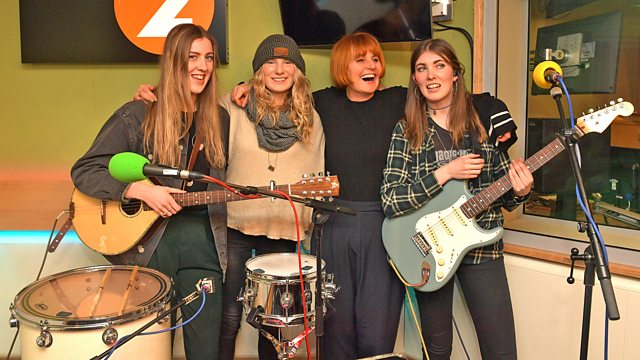 Mary Portas sits in with a Folk Awards warm-up

Mary prepares for the BBC Radio 2 Folk Awards with a link up to Belfast, an All Request Folk special and 2015 Young Folk Award nominees Wildwood Kin playing live in the studio.

Mary prepares for the BBC Radio 2 Folk Awards in Belfast by linking up with hosts Julie Fowlis and Mark Radcliffe. 2015 Young Folk Award nominees Wildwood Kin will play live in the studio for Mary and pay tribute to Martin Luther King.

In the final extended part of the show Mary will be taking All Request Folk calls, plus we'll be hearing about the songs that influenced some folk legends from the stars themselves in First Time Folk, including Judy Collins, Seth Lakeman, Jon Boden and more.