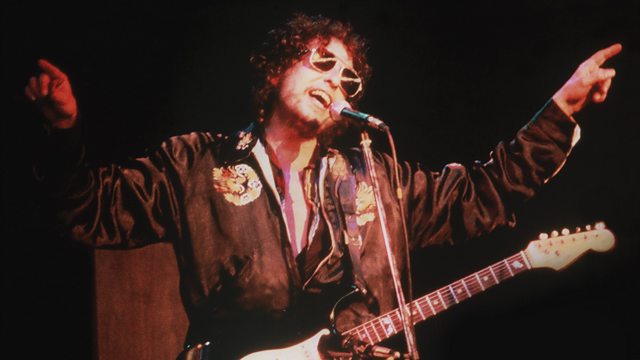 A Bob Dylan performance of songs expressing his new-found Christianity in the late 70s, enhanced by a series of sermons between the songs, written by the actor Michael Shannon.

In 1979, Bob Dylan released Slow Train Coming, an album of strictly devotional songs. He declared he had found God in Christianity. For the following two years, accompanied by the finest musicians and gospel singers, he toured with a repertoire solely of songs expressing his new-found faith.

A film was made of one of those performances, but it was never released. After 37 years, it is broadcast for the first time - but with a twist. The performance is enhanced by a series of sermons between the songs, all specially written for the film and preached by Oscar-nominated actor Michael Shannon.

The result is Bob Dylan's gospel service combining the then of the gig with the now of the message of The Preacher.

Stanley and his Daughters