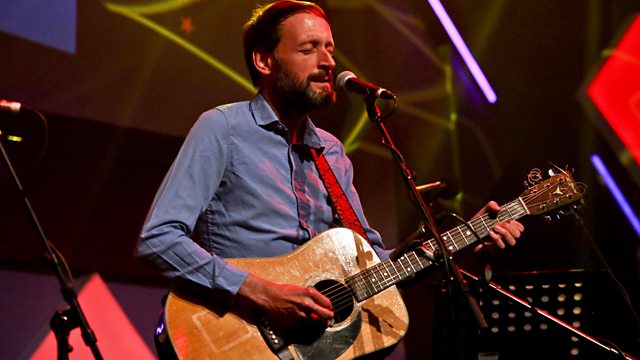 Influenced by traditional folklore and time spent in the School of Scottish Studies archive in Edinburgh, as well as a healthy obsession with the darkest corners of musical history, Alasdair is equally at home creating his own epic ballads and channelling ancient songs he's dug up from the distant past. His work, spanning 25 years and at least that many albums, weaves together his own original storytelling with interpretations of traditional songs and myth from Scotland and beyond.

Known for his collaborations, Alasdair has worked with just about everyone, from the Scottish psych folk quintet Trembling Bells to German electronic duo Joasihno, as well as performing as part of folk supergroup The Furrow Collective. His most recent collaboration with Amble Skuse and David McGuinness, 'What News' on Drag City, has been described by another of his collaborators, the legendary Shirley Collins, as 'the album of the decade'.

Expect eerie field recordings from early 20th century Iowa, haunting female vocals from Transylvania and, of course, a sonic voyage into the nooks and crannies of Scotland's past.