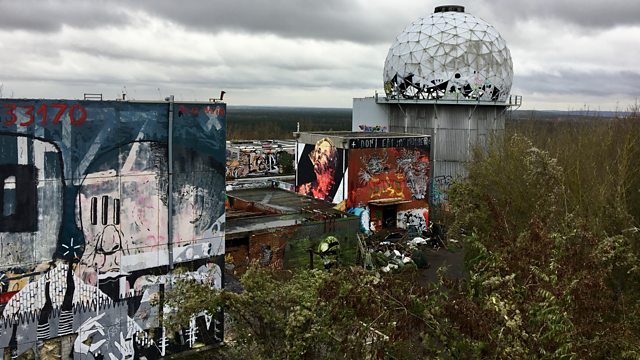 The sound of secrets and subterfuge. Perched on top of a man-made hill created from the remains of war-ravaged Berlin, Field Station Berlin is a stark reminder of the quiet but ever-present threat of the Cold War. Its huge, golf ball-like radomes were designed to intercept communications from the East but are now a magnet to graffiti artists. They're also a sonic playground; the highest radome is one of the few intact spherical spaces in the world and the acoustic effect is startling. Max presents a collection of field recordings made at the abandoned NSA listening post Field Station Berlin.

Elsewhere on the programme, Max has a music from cellist Clarice Jensen who co-created work with Jóhann Jóhannsson for her latest album, Brad Meldhau's take on Bach, and music by Charlemagne Palestine who pays tribute to his departed friend and collaborator Tony Conrad.