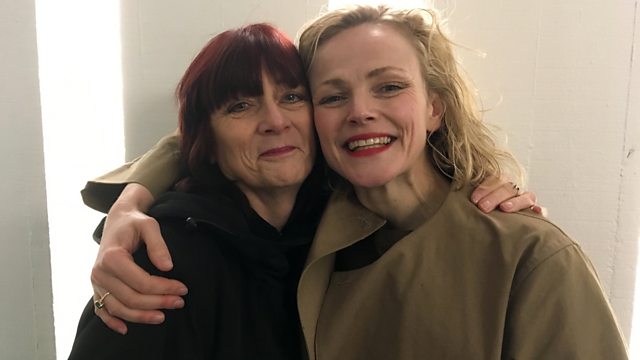 Maxine Peake was born just outside Bolton. Her television credits include leading roles in the series Dinnerladies, Shameless and Silk. In 2014 she played Hamlet at the Royal Exchange Theatre, Manchester. She has written for radio and the stage, and her play about Lillian Bilocca - who campaigned for better safety in the fishing industry - was part of Hull's City of Culture celebrations.

Cosey Fanni Tutti was born in Hull, and began her artistic career there in 1969, when she joined a subversive art collective called COUM Transmissions. Founded by Genesis P-Orridge, the group staged surreal events or interventions around Hull and beyond. Cosey worked for two years as a model for sex magazines and films to create a show about pornography and the sex industry called Prostitution. When it opened at the Institute of Contemporary Art in 1976, it prompted walkouts, made headlines, and provoked questions in Parliament. Cosey co-founded the industrial music band Throbbbing Gristle with Genesis P-Orridge, Peter Christopherson and Chris Carter. Chris and Cosey later created their own band and now perform under the name Carter Tutti.