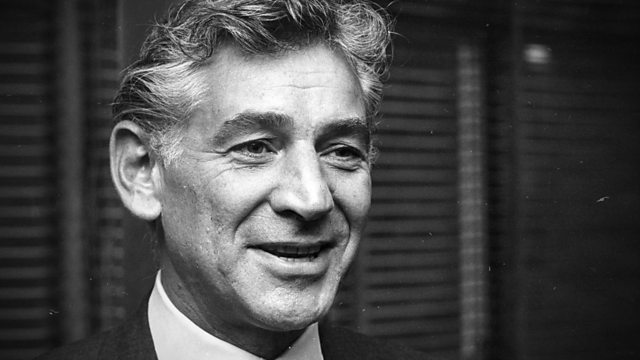 This year marks the centenary of Leonard Bernstein's birth and to celebrate the occasion Front Row explores his life and music.

John Wilson is joined by his son, Alexander Bernstein, who remembers his father composing at home, and who attended many of his Young People's Concerts; by his friend and biographer, Humphrey Burton, who discusses Bernstein's multiple talents as a conductor, composer and educator; and by his pupil, the conductor Marin Alsop, who was inspired by Bernstein to take up the baton.

Image to the left: Alexander Bernstein, son of Leonard.

Marin Alsop conducts the National Youth Orchestra of Great Britain and Chineke! Juniors in a performance of Leonard Bernstein's MASS: A Theatre Piece for Singers, Players and Composers at the Royal Festival Hall, London as part of the Southbank Centre's Bernstein MASS weekend on 06 and 07 April 2018.

His book, Leonard Bernstein, is out now in paperback.