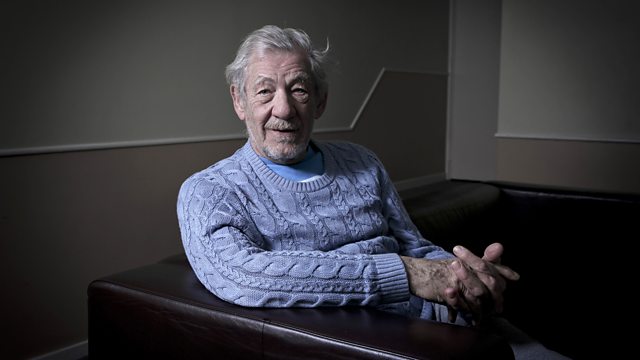 Poet and activist John Milton began writing Paradise Lost in the 1650s. Michael Symmons Roberts' version of this epic poem is a gripping piece of storytelling for today.

John Milton was a successful poet and political activist. By the time he began writing Paradise Lost in the 1650s, he had become blind. Poet Michael Symmons Roberts has turned Paradise Lost into a vital, gripping piece of storytelling, broadcast in two parts, that will ricochet off the events that are turning our own political and social landscape upside own.

Milton wrote scathing pamphlets against corruption in the Anglican Church and its ties to King Charles. At one point Milton was jailed for recording his thoughts on paper. Paradise Lost, as much as anything, is a series of arguments put forth by the characters.

It follows the exploits of a hero (or anti-hero); it involves warfare and the supernatural; it begins in the midst of the action, with earlier crises in the story brought in later by flashback; and it expresses the ideals and traditions of a people. The poem is in blank verse, that is, non-rhyming verse.

The central storyline is built around a few paragraphs in the beginning of Genesis - the story of Adam and Eve. The epic also uses elements from many other parts of the Bible, particularly involving Satan's role. Focusing his poem on the events surrounding the fall of Adam and Eve, Milton intended, in his words, to "justify the ways of God to men," by tracing the cause and result for all involved.

Directed in Salford by Susan Roberts

Milton's mission was to show not only what caused man's fall, but also the consequences upon the world, both bad and good. A concept central to this tale is that of the "felix culpa" or fortunate fall. This is the philosophy that the good which ultimately evolves as a result of the fall leaves us in a better place, with opportunity for greater good than would have been possible without it. The characters in Paradise Lost find themselves in situations which genuinely are political. In directing the Son to create earth, God the Father is conducting an act of rulership, which is inescapably political.

Likewise, Satan's attempts to rouse the fallen angels in Book I really are reminiscent of Milton's desire to rally support for the Cromwellian government. The mid 17th century was a time of great social and cultural turmoil. A series of political and military conflicts, the English Civil War or the English Revolution raged intermittently between Parliamentarians and Royalists from 1642 to 1651. Many factors contributed to the tensions between Crown and Parliament - Charles' marriage to a Catholic, his desire to be involved in wars with Europe and ideological questions that were being raised about the nature of government and authority. Sounds familiar ?

Milton's response to what he perceived as the disintegration of society and turmoil around him was to reach back to the very beginning of time to search for the events that had led to this political and social upheaval to look for answers and ask questions about how society had arrived at a place of dysfunction. Staying true to the blank verse, the adaptation includes a blind narrator - Milton, played by Ian McKellen, whose eyesight worsens throughput the development of the drama.

See all episodes from Paradise Lost