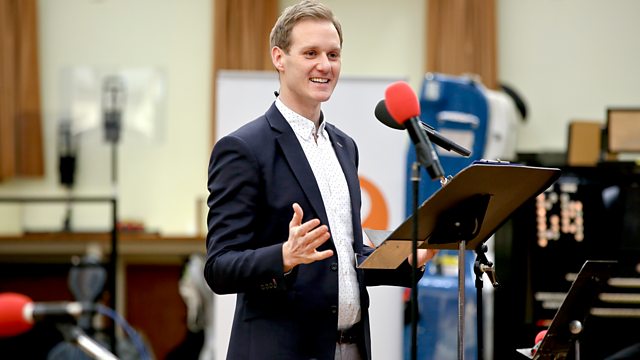 At the Foot of the Cross

Dan Walker presents an evening of music and reflection to mark Good Friday from BBC Maida Vale Studios with music from the BBC Concert Orchestra, Beth Rowley and Guvna B.

Dan Walker presents an evening of music and reflection to mark Good Friday at BBC Maida Vale Studios in London. In the year that marks the 100th anniversary of the end of World War I, Dan explores the theme of peace-making with personal stories from people doing extraordinary things to bring about peace in the modern world.

Dan is joined by double MOBO award winning grime/rap artist Guvna B and singer/songwriter Beth Rowley, as well as the BBC Radio 2 Young Choristers of the Year. Other music comes from the BBC Concert Orchestra and London Philharmonic Choir directed by Graham Ross, with excerpts from Karl Jenkins' 'The Armed Man - A Mass for Peace' and inspirational songs, including a new arrangement of 'You Raise Me Up' for choir and orchestra.

Dan speaks with Ben Wintour, joint founder of Steel Warriors, which melts down confiscated and surrendered knives using the steel to build gymnastics parks to benefit local communities, and Clare Wilson who set up a refugee safe house for young boys from the Calais refugee camp. She talks about a peace-making initiative in local schools designed to support young people in marking the centenary of the end of World War I appropriately, by finding a positive narrative for their lives.

The Good Friday story is delivered by actor, Georgie Glen.

At the Foot of the Cross

See all episodes from At the Foot of the Cross 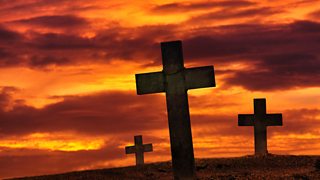