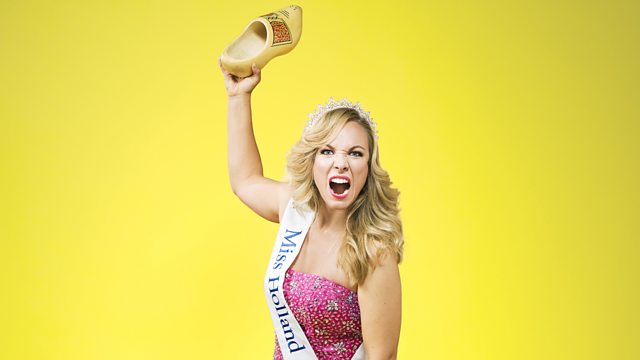 Comedian Eline Van der Velden on her alter-ego Miss Holland. Do women experience the feelings of 'hanger' more than men? Plus Helen Walmsley-Johnson on coercive control.

The Comedian Eline Van der Velden talks about her alter-ego Miss Holland, her new series on BBC Three and what she thinks makes Britain British.

Helen Walmsley-Johnson on how she was coercively controlled by former partners and why she believes it could happen to any one of us.

Do you have a suffragette in the family? Jane Mace tells us about her suffragette relative Emmeline Pethick Lawrence.

We discuss calls for working dads to be given more support in the workplace with Sarah Jackson Chief Executive at Working Families and Frank Young from the family unit at the Centre for Social Justice.

What if your child had an accident at home, would you know what to do? We discuss simple but effective first aid with Tracey Taylor the First Aid Education Development Manager for the Red Cross and Sam Wilcox a paramedic and we also hear from Claudia and four year old Roman who rang for an ambulance when his mum collapsed.

Do women experience the feeling of being 'hangry' - hungry and angry - more than men? We discuss with Sophie Medlin, lecturer in nutrition and dietetics at Kings College London and the comedian Jess Fostekew.

'Hangry': do women and men experience it differently?