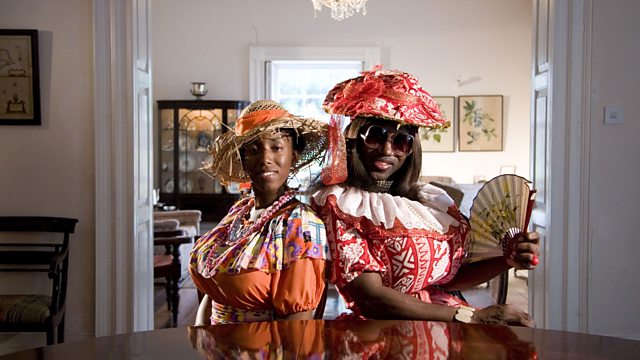 Sonia Boyce discusses her career blazing a trail for black female artists and the enduring appeal of Debussy on the 100th anniversary of his death.

On the 100th anniversary of Debussy's death two interpreters of his music discuss his life, legacy and influences. Lucy Parham tours a show playing his piano music interspersed with readings from Debussy's own writings and letters while Mirga Gražinytė-Tyla the conductor of the city of Birmingham Symphony Orchestra has curated a season of Debussy's orchestral works.

Testament is a rapper, beatboxer and theatre maker who's now based in Yorkshire. That county is the setting of Black Men Walking, a touring production that takes as its real life inspiration a group of black men - and some women - who go walking in the Peak District once a month. It uses music, poetry and the rich and largely unsung history of black people in this country, and countryside, to tell its story.