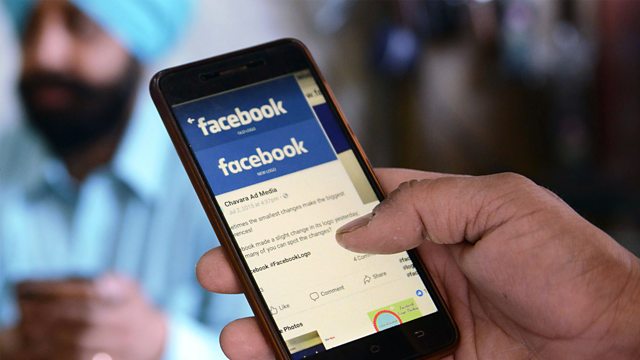 Why is Facebook uploading and storing numbers from the contact list in your smartphone? Plus why bands are angry concert venues are taking a cut of their merchandise sales.

Facebook is uploading the contacts from your smartphone and storing it on their server. It's come to light after users downloaded their Facebook data and found a list of their phone contacts on their profile. Is Facebook allowed to store the personal details of your contacts without their consent? And what exactly are they doing with this information?

We hear more about how problem gamblers are being made VIPs by gambling firms without any checks made that they can afford to spend large amounts of money. VIP status gets you extra offers and bonuses, with an account manager who phones and emails you. One of our listeners says she spent £50,000 in one night with a firm called LeoVegas, who made no checks she could afford it. Dr Henrietta Bowden-Jones runs the only specialist NHS clinic in the UK to treat problem gamblers, she joins us to discuss the ways in which gambling companies encourage customers to spend more.

Bands are unhappy that concert venues are taking a cut of their merchandise sales. Sometimes as much as 25%. We hear from Marillion's manager about the practice and music writer Laura Snapes about how important merchandise sales are for bands now we're not buying as much music physically.

Charities are likely to be losing out on tens of millions of pounds a year to criminals who are unlawfully taking second-hand clothes. The clothes are being collected without a licence and are supposed to be sold on the second-hand clothes market. It's because the market has boomed in recent years. Our reporter, Jay Unger, investigates how it's an important source of income for charities.