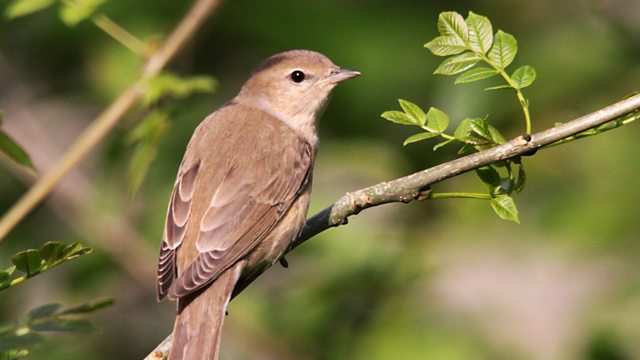 Andy Clements on the Garden Warbler

Andy Clements of the British Trust for Ornithology explains why he prefers the song of the garden warbler to that of the blackcap or even the nightingale.

Andy Clements of the British Trust for Ornithology explains why he rates the song of the Garden Warbler above that of the similar sounding Blackcap, or even the Nightingale.

Tweet of the Day has captivated the Radio 4 audience with its daily 90 seconds of birdsong. But what of the listener to this avian chorus? In this new series of Tweet of the Day, we bring to the airwaves the conversational voices of those who listen to and are inspired by birds. Building on the previous series, a more informal approach to learning alongside a renewed emphasis on encounters with nature and reflections on our relationship with the natural world.

Sarah Harris on the Blackbird

Matt Merritt on the Curlew