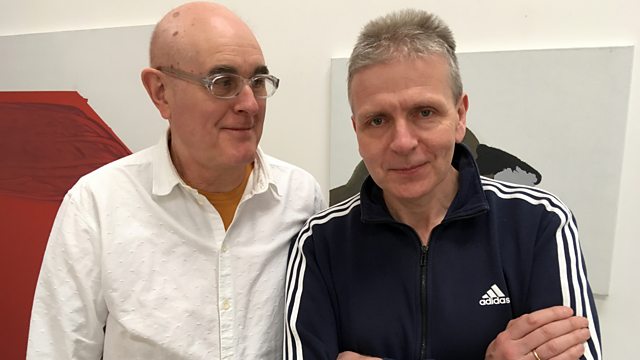 Humphrey Ocean, professor of perspective at the Royal Academy of Arts, meets painter Mark Alexander, who trained as a silversmith and worked in factories before turning to art.

The artist Humphrey Ocean is Professor of Perspective at the Royal Academy of Arts, and his portraits of Paul McCartney, Philip Larkin, Tony Benn and Lord Whitelaw are in the National Portrait Gallery. While at art school, he became a member of the band Kilburn and the High Roads, led by singer and songwriter Ian Dury - who was also Humphrey's tutor. Dury was an important influence on Humphrey Ocean's student work, and they remained friends until Dury's death in 2000.

For Only Artists, he meets the painter Mark Alexander. Mark attended art school as a mature student: before that, he had trained as a silversmith, before finding better paid work in factories, where he moved from job to job, becoming a charge hand and then a quality inspector in the aerospace industry.

As a painter, his works include versions of Van Gogh's Dr Gachet, rendered entirely in shades of black, and portraits of Beethoven, following a residency at Beethoven's house in Bonn.