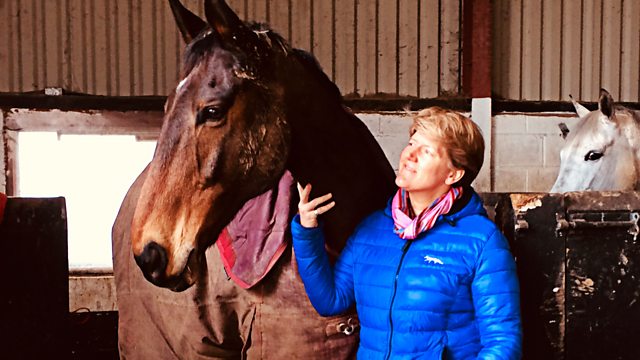 Wild horses. They look wild, but often they are anything but. How the Konik, genetically engineered by Nazis, became the answer to a 21st-century environmentalist dream.

Clare Balding travels to Hothfield Heathlands in Kent to meet a herd of Konik Ponies and discover the extraordinary story of the domestication of wild horses in Europe.

Horse historian Susanna Forrest explains how European wild horses of the Tarpan and Taki type developed ,and disappeared. First they were killed for food. Then they were used for labour and transport, eventually facing extinction in the 19th century.

The Konik, the Tarpan's closest relative, were genetically re- created by scientists in Poland. They were an essential part of a bizarre third reich experiment to recreate an ancient Aryan horse. Now they perform an invaluable role in managing some of the few areas of heath land that remain in the UK. Increasingly, they are being recognised as one of the most useful tools in the environmentalist's kit to protect diminishing natural resources.

Aided by Ian Rickard from Kent Wildlife Trust, Clare discovers the Konik in the mists of the Kent heath land, hearing how one of the brightest hopes for Europe's environmental future is linked to one of the darkest periods of its past.

Research that emerged in February 2018 about the origins of our domestic horses will change how we look at the development of the animals.

See all episodes from Horse Story

Time for some horseplay! It's the horse quiz! 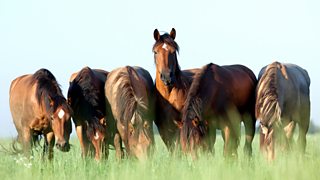 Can you spot the truth or will you foal foul of the lies?