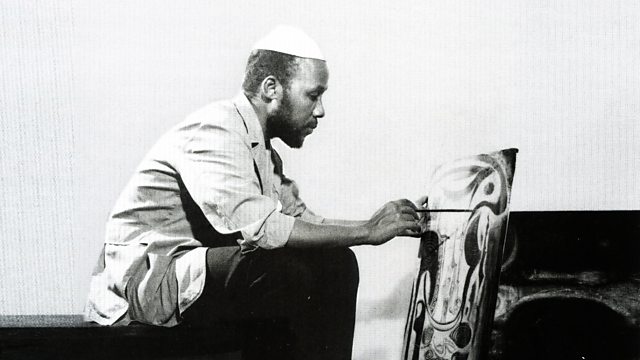 An Alternative History of Art
Episode 6 of 10

Hans Ulrich Obrist, Artistic Director of the Serpentine Galleries, continues the series exploring overlooked artists from the 20th century. Art history has been written from a white, Western, male perspective. What would an alternative canon look like?

Born in 1930 in Sudan, Ibrahim El-Salahi studied at the Slade School of Art in London before returning to teach in Khartoum. In the mid-1970s, El-Salahi was wrongly imprisoned for six months. Afterwards he went into self-imposed exile in Qatar and, later, Oxford in the UK.

His partially abstract painting and drawing incorporates elements of Arab calligraphy and North African symbolism, as well as Western approaches. It's often formed out of small, individual panels using a system of organic development that he evolved while in prison. In 2013, El-Salahi became the first African artist to have a solo retrospective exhibition at the Tate Modern.

His story highlights the apparently wilful ignorance to, and patronising exclusion of, modern African and Arab art by the British art establishment between de-colonisation in the 1950s and the opening up of attitudes which began in the 1990s.

The series features artists selected by three curators from different backgrounds - Iwona Blazwick, Hans Ulrich Obrist and Naomi Beckwith. The series explores why these artists have been obscured and why some are now being reinstated into the 20th century artistic canon.

Image courtesy of Vigo gallery and the artist.

See all episodes from An Alternative History of Art