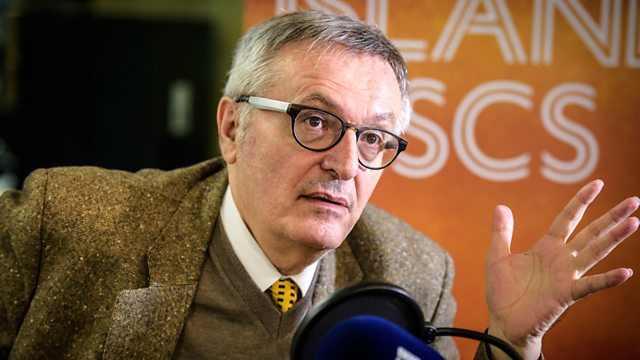 Philosopher and writer John Gray is interviewed by Kirsty Young.

John Gray is a philosopher. His academic career included professorships at Oxford University and the London School of Economics, and visiting professorships at Harvard and Yale in the USA. He retired from academia in 2008, and has dedicated himself to writing full time since then. He is the lead book reviewer of the New Statesman and a regular contributor to the Guardian.

Born in 1948 in South Shields, his father was a Tyneside dock worker, his mother a homemaker. A voracious reader as a child, and encouraged by his history teacher at his grammar school, he won a scholarship to read Philosophy, Politics and Economics at Oxford. Initially of the political Left, he became an advocate of the policies of the Right before the advent of Thatcherism. He then moved again to the Left. He supported the Leave cause in the Brexit referendum.

John contends that history is not progressive, but cyclical, and that any improvements other than certain scientific discoveries can be easily lost or reversed. He cites the use of torture against terror suspects as an example.

John has written several influential books, including False Dawn: The Delusions of Global Capitalism (1998), which predicted the global financial crisis; Straw Dogs: Thoughts on Humans and Other Animals (2002), which attacked philosophical humanism; and Black Mass: Apocalyptic Religion and the Death of Utopia (2007), a critique of Utopian thinking in the modern world.